Another cheap attack on us

A competitor made another nasty attack on us, the last attack on us readers here may recall was to attack us as our prices were too low. Their solution was interesting, they raised their prices.

Now they made some new claims against us. My first reply was ignored, so I made a second reply with this and took a screenshot here. 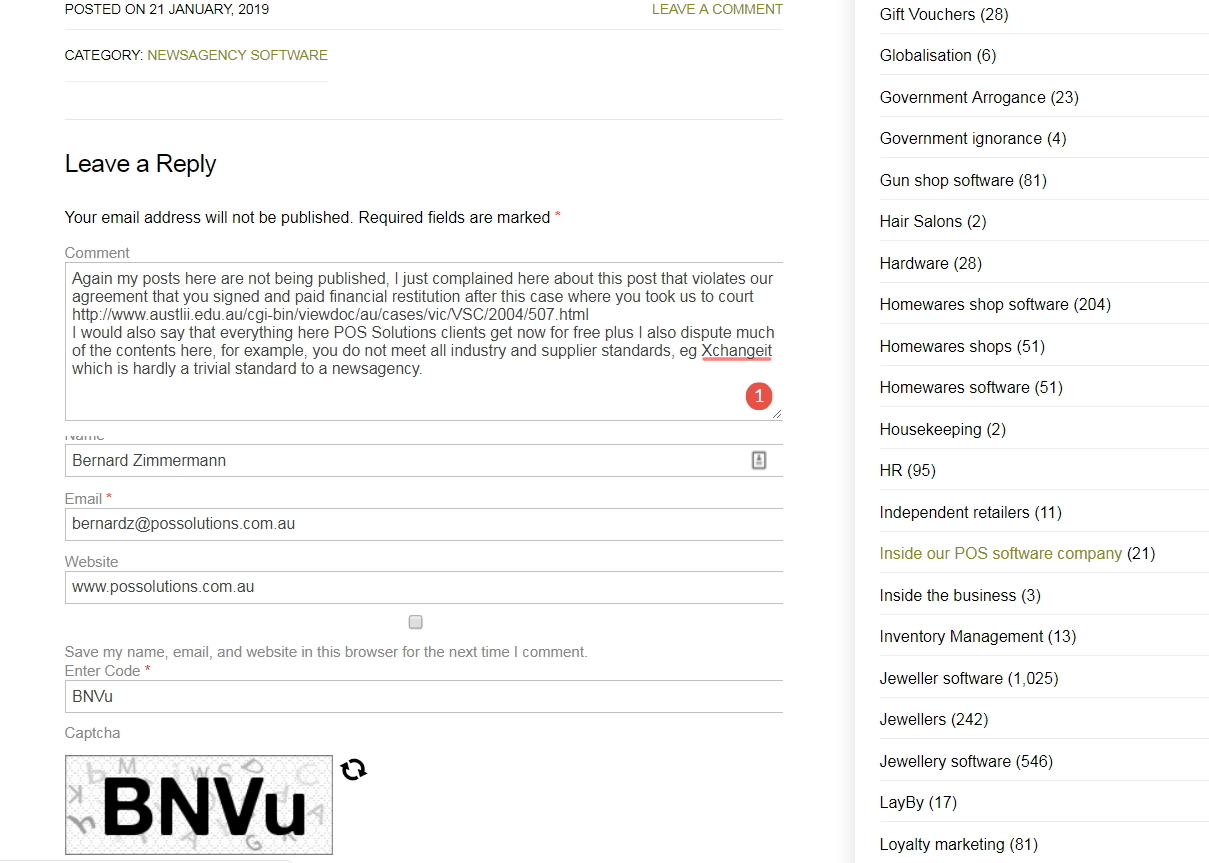 When this was not published then I complained and asked that this attack be removed. Failing that if they wish to stand by this attack that my reply be published. It is after all natural justice that if you are attacked somewhere that you be given a chance to respond back at the place that you are attacked. Afterall we do have a Right of reply that "generally means the right to defend oneself against public criticism in the same venue where it was published" in a site that claims to be open.

Both of these rights were denied bluntly.  So giving the readers the wrong impression that these claims are true. They are not, for example, I estimate that the savings in our XchangeIT could save a typical user of ours compared to a user of their system on XChangeIT, about $400/year in transport costs plus give our users a considerable saving in time and cash flow every month. These figures would be much higher if they are in the country.

I ask that either this attack is removed or that my reply is published or that the site put up a notice that it is not open or fair.