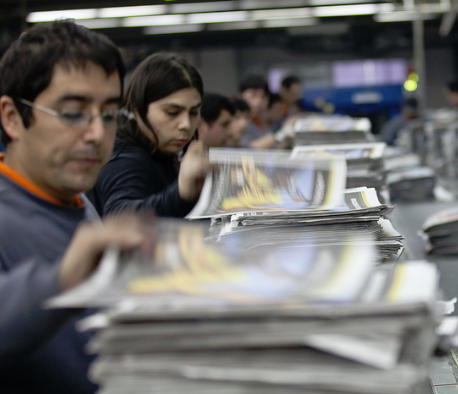 I think we were all stunned when both Fairfax and News Corp released their current circulation figures. Last time we heard News Corp had pulled out of the newspaper audit as were the big magazine companies like Pacific and Bauer. It was expected that Fairfax and Seven West would soon leave too. Well, Fairfax and Seven West, after reviewing the situation decided to stay in as did some of the magazine publishers so the ABC report came out but its six months late.

Much of the report is available here.

Despite what some reports were saying of Fairfax newsprint sales, their products are down about 10%, the Western Australia is taking a more significant hit of 16% down. Interestingly down is true on weekends as well as weekdays.

We do not have complete figures but only a few of the magazine companies figures but what we have is showing overall the same trend.

News Corporation also yesterday decided to release their figures was it the ASX that made them? You can find them here. You will see they are following the same pattern.

If your business depends on newspaper and magazines, it is certainly worrying.

Uncertainty over Bauer, on its Pacific Magazines acquisition

How far off are you to last year's sales due to coronavirus?