Microsoft committed to providing ten years of product support for Windows 7. Windows 7 was released on October 22, 2009. So unless you are willing to pay for an extended Microsoft support, will be dropping you on January 14, 2020

The cost of this extended Microsoft support depends on what you have. Still, our clients will range from about $35 to $70 depending what you have on the computer in the first year, the second year it will be between $70 to $140, year three a range of $140 to $280, after that I am not sure, but I suspect it is going to double again to $280 to $560 after that. As this is a per computer cost, people with many computers running Windows 7 will soon find this a costly option.

It’s cheaper and easier to say goodbye to Windows 7 and instead to upgrade to Windows 10.

If not, then this will leave you using an outdated operating system and a system very vulnerable to malware and cyber-attacks. If hackers follow the same pattern after Windows XP, they will wait to the end of life and then hit. It is relatively easy as many of the problems in Windows 10 are advertised. Since Windows 7 is not supported, they can often duplicate many of these to get into a Windows 7 computer. The rewards to them can be high.

As such we strongly recommend that you move to Windows 10. 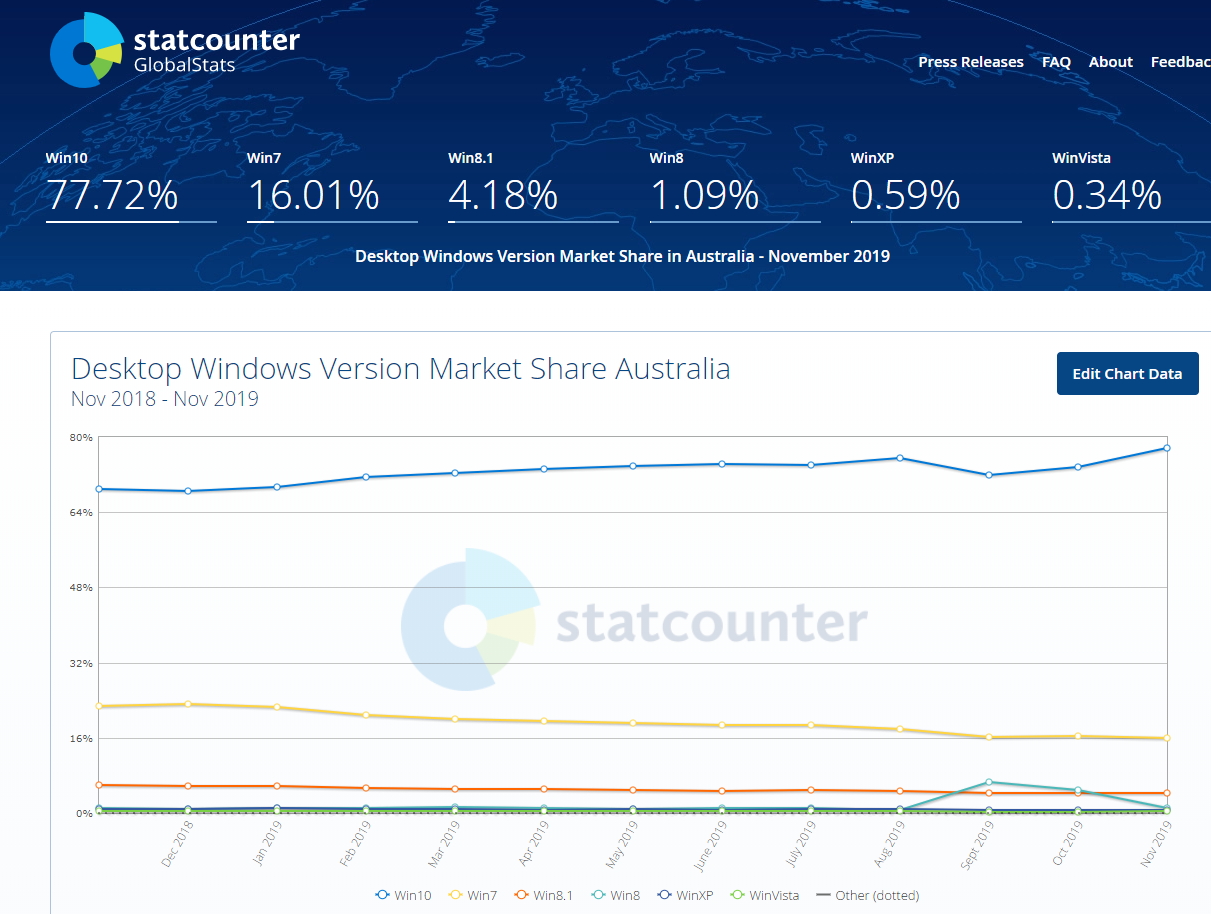 If you want to keep running Windows 7, I recommend that you plan not to connect that computer to the internet, replace the internet computer with a Windows 10 computer. Also, you will need a non-Microsoft browser and antivirus software solution for that computer but we will need to figure that out after it becomes clear what is happening probably late January or early February.

Also if you have Windows 7 in your shop, we have a couple of packages to get you from Windows 7 to Windows 10 that I recommend you consider.

A Stronger technology in your shop will make a Stronger business.