I attended yesterday, the New Retail ’19 which is Australia’s largest retail gathering. It brought together over 2500 retail leaders and learners for a three immersive day to explore omnichannel retail, fulfilment strategy and partnerships. Some of the stuff was an eye-opener, and it is going to take me a while to digest much of it. 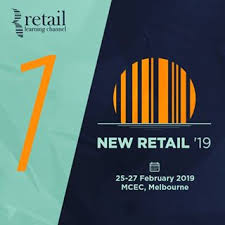 The first point I wish to discuss is the margins required for e-commerce with some real data supplied at the show. I will explain it point by point to give you a professional appreciation of how these people think plus give you a feel of how it works and what sort of product you require.

What happened was a company decided to advertise a product using keywords in Google advertising. These are the advertisements that you see on the top, left and bottom of the screen when you look up something up in google. So they put in an advertisement into Google. This is the result

Impressions: This is the number of times that the advertisement was shown.  In this case, it was shown over 2 million times.

Clicks: Is the number of times that someone went to the advertisement.

Cost per click (CPC): Is how much this person paid every time someone clicked the advertisement.

Marketing costs: Is the amount that was paid for the advertisement.

Orders: This is the number of orders the company got

Revenue: This is how much the orders added up to, I am not sure if this includes shipping costs and other products that were sold by them.

Effective revenue share (ERS): This is the line I wanted to get too. What this is, is the cost of the advertising to revenue. In this case, it was 19.17%.

The point here is that this particular item, putting aside all other costs requires 19.17% of the revenue to pay for the Google advertisement, that does not include many other costs, e.g. website, storage, etc. You need to pick your product.

Be very careful about eliminating your cable clutter

If you use Tabcorp (Tatts) and XChangeIT, the connection is now under mass release!

If you were affected by the Tyro outage?

How to do a cool gift wrapping service in your shop

Elon Musk's Starlink is now going in Australia. Will it really deliver?

You can do more with toys then boys and girls

A quick first-level approximation to determine your shrinkage