As far as I know, we are the only offering bitcoin as a payment type in our marketplace. We are in the process of upgrading it too as we feel there is a need here for this payment type.

For those that live on the far side of the moon and are not keeping up to date with bitcoins, what they are is a form of cryptocurrency that can be used like any other currency to purchase goods. They are also for those that want to invest dangerously a popular way of investment that is more valuable than gold. 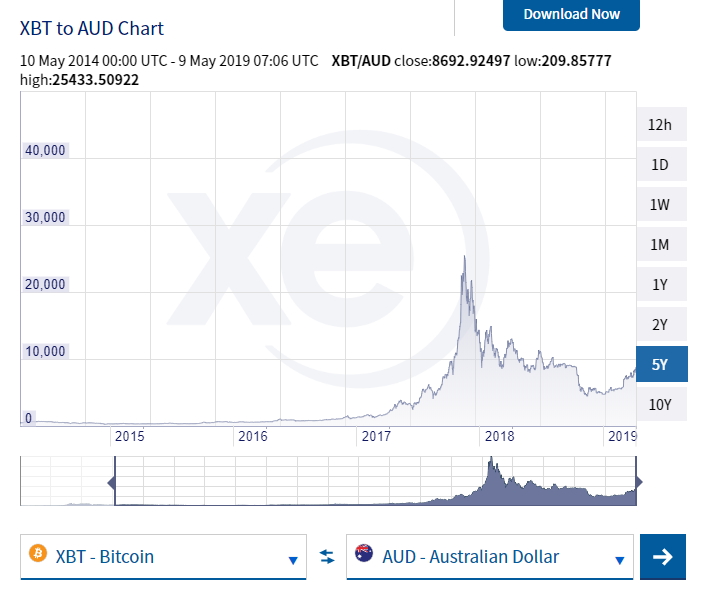 From the consumer's view, there are many advantages to using bitcoin. What I particularly like is that it is a quick, hassle-free payment involving no third parties, which is often cheaper in fees.

There are some issues with using it in the shop if you accepted it as a payment type in your shop a bitcoin.

The first question do you use bitcoin if the answer is yes or no. If yes, then you use this bitcoin to buy something, there is no transfer fee. It's a plus as effectively the customer has paid the transfer fee for you.

But if you do not use it, if you sell someone an item with bitcoin, and you do not use bitcoins you have to transfer that money to cash? If so I will need to pay a transfer fee.

Now the first problem with cashing it in is that with such a volatile currency (4%) here is today's daily chart. 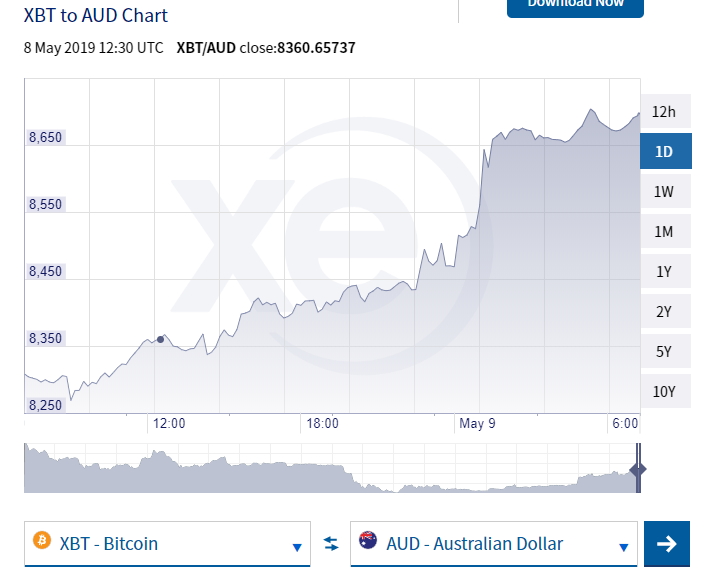 In comparison, the Aust/USA currency had 0.35% movement.

So most that handle bitcoin want a transfer immediately, but this is difficult as fees like most payment methods are much more for fast transfers, for a transaction I was quoted to do a transfer to Australian currency.

Furthermore, if your customer is using bitcoin to pay well, you are going to have to wait until you get your money.

Even so, now there is another problem, in that fees like many other money transfers depend very much on how much you are changing over, for example; a well-known bit coin exchange quotes the following costs.

So most people will collect the bitcoins and do it in one transfer so they take the gamble and wait.

I will be discussing in more in future posts but if anyone wants to know more now please let me know.

Webinar on Stock Control and reporting

Why use your stock companion report?

Google maps, the truth and how you use it

This Google Map Trick You should know

What upgrades will Improve Your system performance the most?

KEEP YOUR BUSINESS RECORDS after SELLING