Security of your information 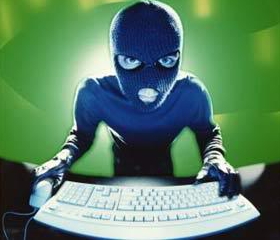 This is the image many people have of how people are stealing money out of their point of sale software. There is much truth to this but as an example a few days ago showed with one of my clients the main problem is that it is not high tech people the big problem but that people are not taking security seriously enough.

We are sure that someone that worked in the shop and had access to a generally locked cabinet full of smokes took quite a bit of stock over some time and then tried to cover it up by changing the stock figures in the computer. What they did was take one or a couple of cartoons each time, and it quickly adds up.

Okay not taking passwords seriously in the computer is in inexcusable. All passwords for financial information should be changed at least once a year, we recommend at the start of every year. It costs nothing to change a password.

Changing keys is more difficult, plus unlike passwords, they do cost money. Still, a shop should have a strict policy with its keys. Keys should not be allowed to be taken off the premises. They should only be given to a trusted employee, and when not in use, they should be in a safe place e.g. your safe or a locked cabinet. If they have to be on a cabinet, they should be on chains while they are there.

I do believe that vigilance is essential and will often, as this example shows reduce the chance that things will be stolen.

Tips on how to deal with customers with disabilities

Is it worth it to overclocking your computers?

Checkout these photos of the new hard drives

As Face Mask Sales Skyrocket, what are you doing?

You can see retailers are selling many face masks

Its now July and you need a June 30 report?

How to quickly check the GST rates you have!