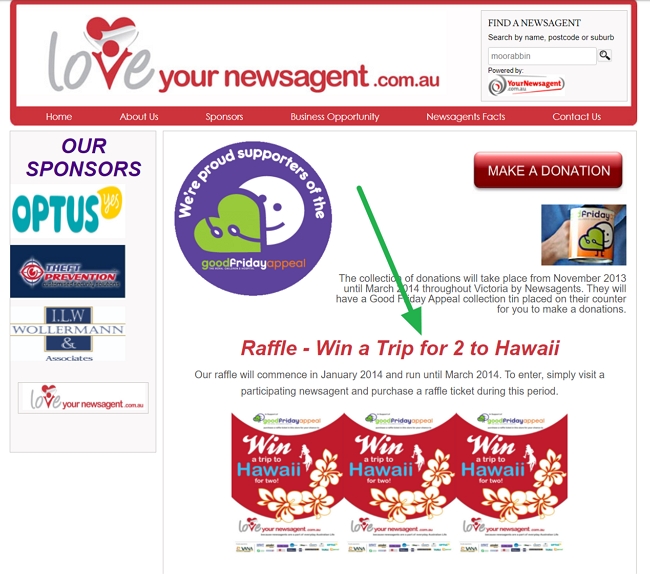 About ten years ago, we were invited to a meeting of the Victorian News Agency Association. It was to discuss the launch of the "Love Your News Agent" campaign. This was to be an online advertisement that was to be the beginning of a national campaign. At the time, we believed that this was vital to the industry. Unfortunately, after weeks of planning and some strategy formulation, it never took off.

It was great at first. It got some good sponsors, and it had some good awards. There was nothing wrong with travelling to Hawaii for two, but it started to go downhill as time passed.

You figure out what went wrong!

Some people were disappointed by the marketing. I was too. I told a member of the VANA committee that it was the wrong messages you are sending. For example, when COVID-19 hit, they needed to emphasize that newsagencies are part of the community. That we are in this together.

I was stunned at National Newsagent Week when this was how the website looked. I would have done a better page for VANA for free to help. We do lots of websites, probably more than anyone in our marketspace. 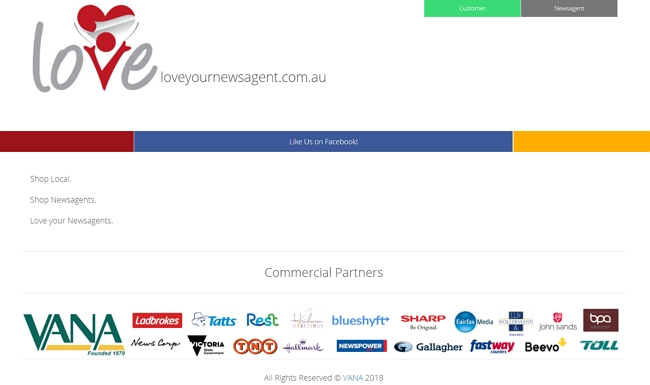 The bigger problem seems to be a lack of interest. Maybe they believed that as they did not get the desired result immediately to drop it. I know this can be frustrating. Few people are willing to invest time and money in a failed campaign. Even fewer to support a loser. But at the same time, they needed to give the campaign enough time to be successful. This is why a timetable needs to be set early because campaigns must be given time. They also need goals to measure their progress.

If you visit the site, it seems to be over now!