Switching off point of sale computers at night 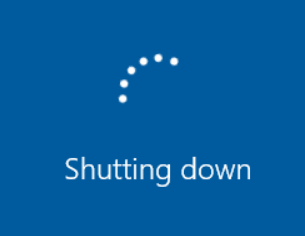 Firstly switching off your system at night will save you money.  No point in having your equipment run if there is no reason for it.

It also saves your computer and hardware life expectancy as they are not switched on that long.

The other issue is that it is safer as hackers tend to like to work at night when no-one is there to see them at work.

Occasionally you are going to need some tasks to run overnight for example once a month, I do a full virus scan overnight.

Finally, you need to make sure that you switch off the power or have a surge protector on your computer as a significant power surge can travel through the wires and wreck computers whether they are switch on or off.

The electricity cost of a computer, these figures are approximate as each computer system is different but when I measured one of my home computers it used 80 watts and the two LCD monitor used about 40 watts. If they were on all the time in one year they would have used every day, in a year they will use 365.25*24* (80+40)/1000 = 1051kw.

In Victoria, we are currently paying about 28 cents per kilowatt-hour (kWh), for standard 'peak rate' electricity so assuming an energy cost per kWh = 28 cents. Your rates may be higher, for example, typically in In South Australia, the electricity rate is 42 cents.

Now assuming you turned it off you might save half. If you want to do an actual test here is a sheet to fill out

Bauer Media what is happening???