While visiting a school in Fiji last year, which we saw was so poorly resourced with old and in part torn books. We saw nothing in the way of modern equipment
such as a projector and all they had was one old computer. We also noticed that they had no arts and crafts materials. We were then told that its annual budget
was $10 to 15 per student per year! Absenteeism is high as some of the parents in that rural community are so poor they stopped sending kids as couldn't afford
to send them with a lunch ....makes you really question things.

Pos Solutions made a sizable donation of suitable education material, which finally arrived at Togo Primary School after two months of delays.

In appreciation, we received this letter. 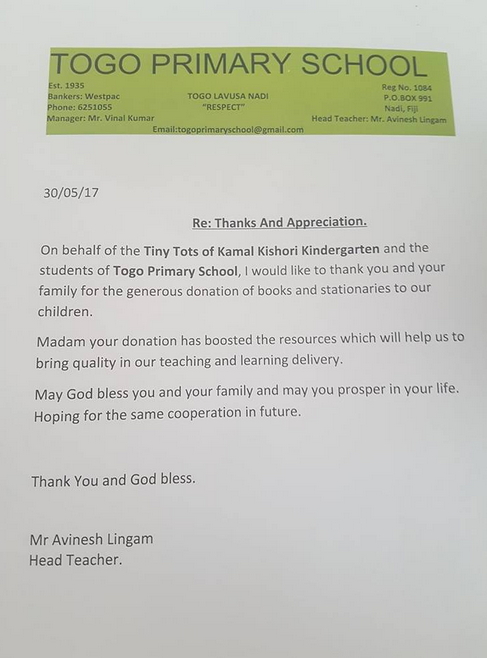