As we have many cafe and bakery point of sale systems, the organisers gave us free tickets to  Cake Bake & Sweets Show.

Which is great as it gives me a chance to both see our clients and enjoy what is stated as "Australia's original live event for baking, cake decorating, sweets and desserts—a true festival of deliciousness!"

I consider it a reward for all the hard work we have done for the industry.

There were heaps of people, now check out the winning cakes, it incredible as they do not look like cakes but they are. Some people are just so creative...

This one won a first prize, you would think it was flowers

This one a first prize too 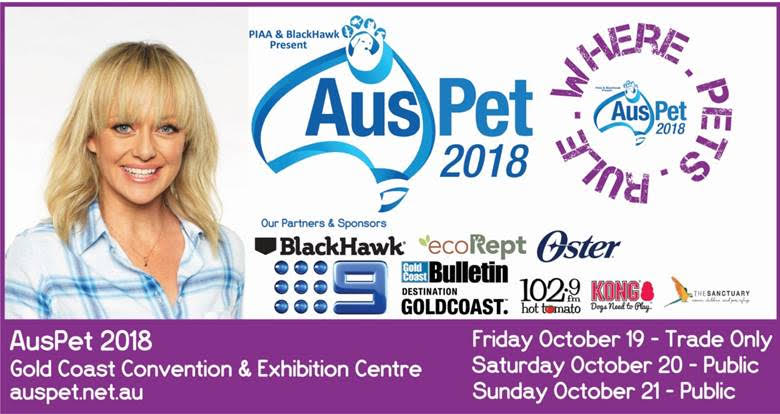 Our Pet Shop management software considered the best in Australia will be on show at AusPet 2018 at the Gold Coast Convention Centre on Friday. It has more users than any other Pet Shop Software in Australia.

Its market share has also grown this year thanks to Pet Shops upgrading to our software. What I found interesting is that none of the old-time software companies that used to go to these fairs are there now. We are the last ones left.

What at the fair, we will be showing off the very latest in Pet Shop software.

As what will be on display is the new software version that is not yet released so even if have our software it is your chance to see what is coming up.

So if you do get to the fair, do visit our stand #128 and say hello. We are right at the exit so there is no excuse not to come and visit us. 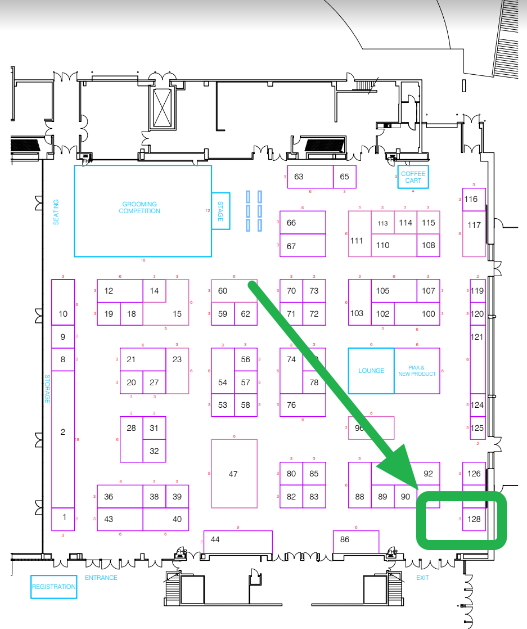 The Melbourne GNS Fair is going to be held this weekend on Saturday July 31st and Sunday August 1st at the Melbourne Exhibition Centre (Jeff's Shed). So don't bother going out to Mooney Valley like you have in the past!

It is a chance for many people, whether they have a big newsagency or just a small one, to see our smart newsagency software. If you already have our software, we have some exciting new technology to show you.

We also will have both members of our sales and experts from our support department!

GNS Market Fair is the trade show for the newsagency industry. It is open this weekend.

Last year our stand was packed, here was the scene with people packed in the corridor queuing up waiting to see us.

I think it will be bigger this year as we will display some of our advanced technologies. To help us, we will have outside experts there on integrated bill pays, EFTpos and security systems as well as some of our programmers.

If you have any support issues or just want to hello or you just want to see the top selling program in the newsagency market posbrowser, we would love to see you.

We hope to see many of you at the GNS Market Fair.

This exhibition, they do every few years. I go to it whenever it is in Melbourne because we have several clients that do have successful convenience stores and newsagencies. Furthermore several of our newsagent’s clients, have been talking to me about convenience store products as they are looking to expand. If you are interested, let us know and Zac or I can give you some people to call.

Once in the show, I was stunned to see one of my competitors in a small stand trying to sell into this market. Maybe that is why they have been quiet with newsagencies recently as obviously their emphasis has been elsewhere. Their boss was not there so I could have a pleasant talk to them. I wished them the best in this field. In truth, I hope it does so well for them that they stop annoying me completely. But they will have major problems if they want to do well in this industry. The chief one is petrol and the second are the big players in this industry. They gave us the specifications. It was a huge amount of work. They have their own XchangeIT, their own rules, their own reporting requirements etc! These are of zero benefits to our core industry, newsagents so we decided to drop BP and that industry.

Part of the problem is once a newsagent gets a good taste of food they give up on the newsagency products. For example, I was talking in NSW to a newsagent who bought a service station, a few years ago with a small supermarket. He moved the newsagency in saving on rent. Soon he discovered food so he started to give it more territory. The petrol although a great drawcard was not so profitable but he found it necessary and extremely labour intensive. As newsagency products demand much knowledge and training with the owner losing interest plus the staff not having time, the need or desire to learn saw the newsagency products slowly declined.

Still I was interested in walking around and see what was there. I did notice plenty of coffee machines. Years ago, we arranged a group deal for coffee machines for our clients. The margins are brilliant. If you have the room for it and a large magazine section, it can be good. Obviously from the number at the show, there is a big demand for such machines. Maybe we should look into another group deal?

Then I went looking at the computer software and security equipment to see if there was anything new in the C-store computer and security industry. I found little new for example PDAs, Quickbook integration, the computerized linked security systems all items we have already. Furthermore, I think the newsagency systems are better. Although some of the automatic linking of signage pricing to computers looked exciting. Clearly are going to have to look at this again.

Several very minor newsagent suppliers were there too. However none of the major suppliers, for example, no newspapers, magazine, stationery, lotto or card suppliers which confirms that these product and lines have little to offer newsagents in their core lines. It is only interesting if you want to expand into new fields. If so, entry is free tomorrow, unfortunately, the talks are full, so you cannot go and hear them.