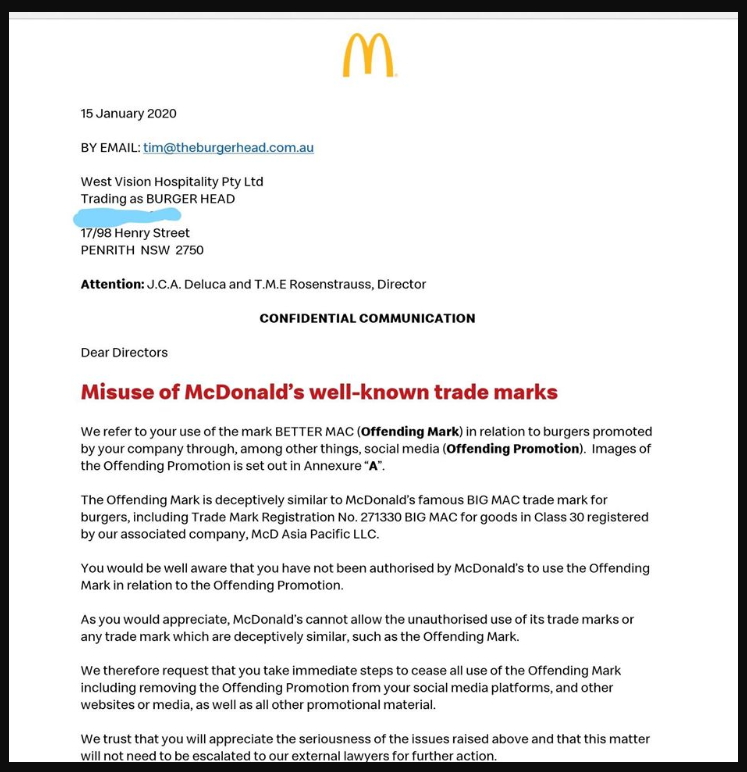 I have seen this happen a few times when a big organisation and a small business collide. When the big organisation is the government, they sometimes talk a bit nicer (although not always sometimes they are incredibly rough). If you have not followed the story about "Better mac" what happened is a small burger shop "Burger head." released a burger that they called "Better mac." 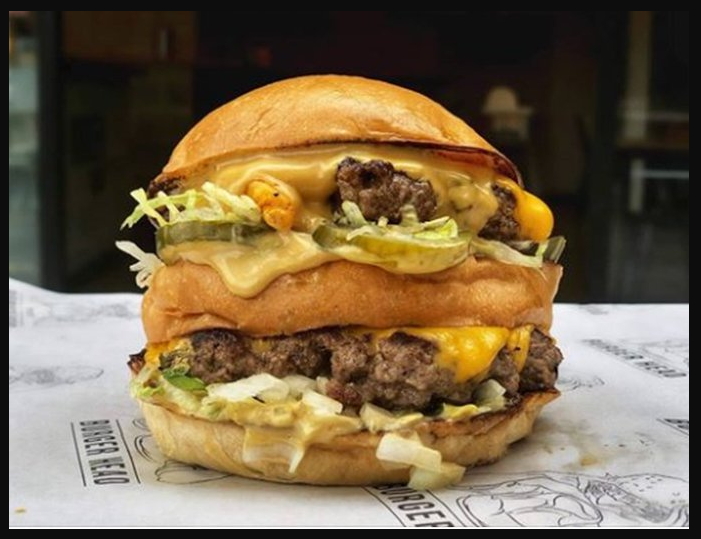 It looks like an excellent burger which I am sure is very tasty.

Still, as you can see above, McDonald's did not like the name.

Although it could be argued that the name 'better mac' is different McDonald's burgers name, eg 'big mac'. Also that there is nothing deceptive about the name since I doubt that anyone could be tricked into buying a "better mac" thinking that they were buying a McDonald's burgers, still the burger shop decided in a smart move to cash in on the publicity and comply in changing the name.

I said smart as the amount of money now need for court action is huge and the problem is that in a big organisation, the guy that authorises the legal action does not pay for it. So if you are not careful, you could easily get into court. Once in a court system, it is like medical and doctors bills, it is very hard to get out.

It is not just the financial hit of litigation that can be very damaging to a small business. There is also the matter of their legal fees if you lose plus there is also the time and energy that it takes off.

The other problem is that if you win, what do you win? Do you like doing business with companies that take people to court? Of course, if you lose, it can harm your business’s reputation too.

Perfectionism is defined by the dictionary as "refusal to accept any standard short of perfection."

It is considered as being a psychological condition as perfection, an impossibility in reality. What tends to happen is because nothing is perfect, people do nothing, procrastinate and get depressed as nothing is done. As such it becomes a fast track to unhappiness and often leads to depression.

Why bring it up here in a POS software blog because too often people look at their point of sale system and they know it does much more then what they use it for but talk themselves out of using these extra features because they think it lacks something. As it is not exactly what they think they need they do nothing.

My advice, use what you have.

Do it, once you get going you can always make it better.

It is the first step that is the hardest. The second is not so hard. The third often is easier still.

With us, you have a support network who will give you honest feedback. We can often introduce you to people that you can talk too that are doing and what you are thinking of doing. 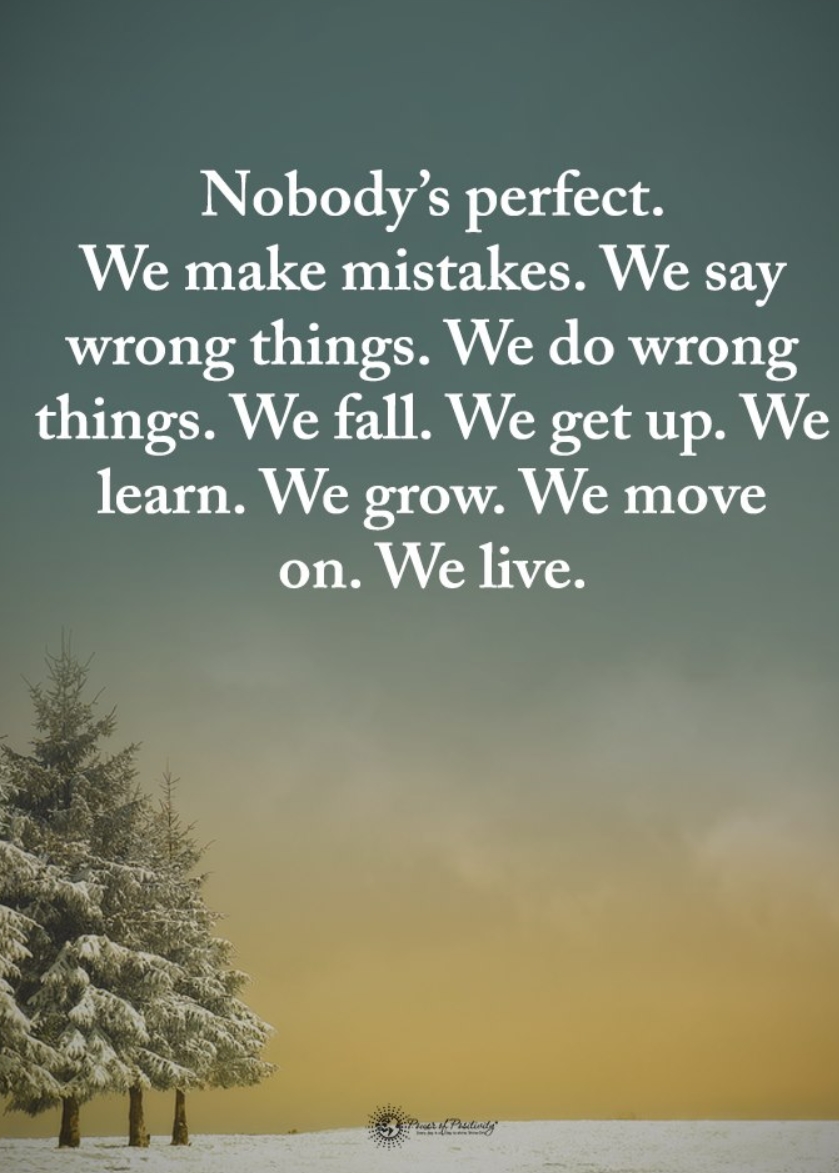