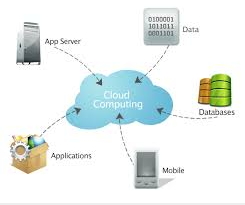 A word of caution:

Cloud storage as it is a third-party system is inherently risky. What it is, is another person's computer that you are putting on your information.

If that computer is in another country, then the information is also subjected to another country's legal system, in some cases, this may be an issue with Australian law.

More importantly for most of our clients is that there are numerous examples of cloud providers evaporating like the cloud they are named and information being lost despite these people using well-established companies like Microsoft.

One of our clients a few days ago just got burnt. What happened is that he hired a professional photographer a few months ago to photograph his shop. This the photographer did and then gave him a USB stick with the photos on it. Then my client did was look for a good deal and then signed up to a cloud storage service. He then transferred the photos to this online cloud storage and thinking that as he had the pictures, he could score a USB stick for other tasks, so he reused the USB stick.

He needed the pictures a few days ago and discovered that the photos were gone from the cloud. He then in a panic contacted the cloud provider to ask where the images are? He was told that as he had not used the account for 60 days, the account was automatically cancelled and so the photos were lost. Now he has no pictures, and the photographer has to come back.

If you are going to use cloud storage, I recommend that you also use as a backup an external hard drive just in case. For a few hundred dollars you can pick up today a massive hard drive. You will not be sorry if you have too many copies.